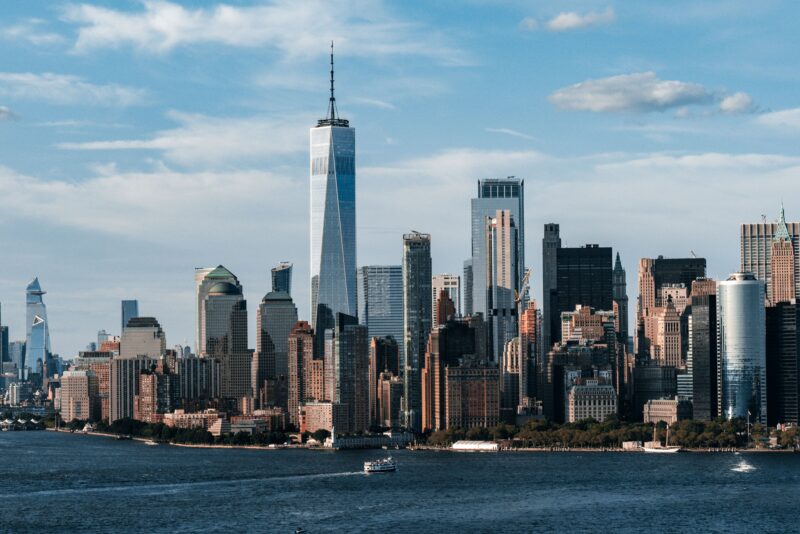 Is There A Walmart In NYC? (Ultimate Guide)

By Dale P. This guide to Walmarts in NYC contains affiliate links to trusted partners.

Is there a Walmart in NYC?

It’s a common question that many visitors to the city ask — and for good reason.

With over 4,700 stores in the United States and locations in all 50 states, Walmart has become a ubiquitous presence across the country.

But there’s one place in the U.S. where Walmart is notably missing: New York City.

Can you find Walmart in New York City? Photo via Jermaine Ee/Unsplash.

Is There A Walmart In NYC?

If you’re looking for Walmart locations in NYC, you won’t find any: there are zero Walmarts throughout the city’s five boroughs.

New York City is the largest city in the United States with over 8 million residents, but you will not find a Walmart in NY.

Although Walmart has made attempts for many years to open a location in New York City, most recently trying to open a store in the East New York neighborhood of Brooklyn in 2013, their attempts have been blocked.

This is largely in an effort to save local businesses and small businesses in NYC, as well as because of Walmart’s bad reputation.

What Is New York’s Reasoning For Not Allowing Walmarts?

Now that we’ve answered the question “Are there Walmarts in NYC?” let’s discuss why the answer is no.

Walmart has tried several times to open a store in New York City, but every time they have been blocked by local political leaders and the community.

In 2013, an attempt to open a Walmart store in Brooklyn failed after being met with heavy opposition.

Former New York City mayor Bill de Blasio was outspoken in his desire to make sure Walmart did not come to NYC, arguing that it would take away local jobs. Other critics have cited Walmart’s negative reputation and issues with poor working conditions and low pay as reasons to keep it out of NYC.

Additionally, New York City’s grid system would make it tough as well as very expensive due to Walmart’s wider spread store layouts. Operating in NYC would be extremely expensive.

Earlier attempts to open Walmart stores in the Rego Park neighborhood of Queens and Staten Island were met with similar opposition from political and community leaders.

While NYC has many other big grocery chains and retailers similar to Walmart, the city is also known for having many smaller neighborhood grocery stores where many people shop.

Where is the nearest Walmart to NYC? Photo via jimarojfm/Pixabay.

If you’re looking for the closest Walmarts to New York City, you don’t have to go too far. There are several Walmart locations in other cities just outside NYC.

The Walmart in Secaucus, NJ is closest to NYC, located just 9 miles away. Anyone in Manhattan will find that this location is the most accessible Walmart near NYC, as you can reach it quickly. The best way to visit this location if you don’t have a car is via New Jersey Transit.

There’s also a Walmart Supercenter in North Bergen, NJ which is only 10.5 miles from NYC. Being located a little further north, this location is the closest for anyone in the NYC borough of The Bronx.

Another Walmart near New York City is the location in Bayonne, NJ. At 11.1 miles away, this location is convenient for anyone in Lower Manhattan, western Brooklyn, or Staten Island.

Finally, there’s a Walmart in Valley Stream, NY that is 21.2 miles from New York City. Located on Long Island, this Walmart Supercenter is the nearest store to the borough of Queens or eastern Brooklyn.

While these four Walmarts are the closest to NYC, there are many additional locations throughout New Jersey and Long Island.

Alternatives To Walmart In NYC

There are several alternatives to Walmart in NYC.

One of the best Walmart alternatives is Target. And unlike Walmart, Target is a retail store that has a large presence in New York City, with more than a dozen stores in Manhattan, Queens, and The Bronx.

Target is one of the largest Walmart competitors, so you’ll be able to find many of the same types of items at both stores.

For groceries, ALDI is another good Walmart alternative. This discount grocery store has multiple locations in Manhattan, Brooklyn, Queens, and The Bronx.

Finally, Costco is an alternative to Walmart, with one location in Manhattan and one in Queens.

Walmart can be delivered to select areas of NYC through Instacart. Photo via Oberon Copeland/Unsplash.

Yes, Walmart can deliver to parts of New York City.

Instacart is a grocery delivery service that has partnered with Walmart to make deliveries for orders in New York City; however, Walmart delivery through Instacart is currently only available in Brooklyn, Queens, and The Bronx.

Will There Ever Be A Walmart In NYC?

Will a New York Walmart ever become reality?

There’s no way to say for certain if there will ever be a Walmart in NYC. It’s unlikely given the opposition from local political leaders and members of the community.

Every time Walmart has tried to open a store in New York City, most recently attempting to put a location in Brooklyn in 2013, they have been forced to give up.

Many people do not want a Walmart in NYC, concerned that it will take away jobs and put local neighborhood stores out of business.

So maybe one day they will build Walmart stores in New York City, but for now, they’re not.

San Francisco is another city without a Walmart. Photo via Joshua Sortino/Unsplash.

What Other Cities Have Banned Walmart?

Although Walmart has more than 4,700 stores across all 50 states, there are many big cities in the U.S. that lack a Walmart.

San Francisco has been outspoken about blocking Walmart for decades, much like New York.

Boston, Seattle, and Detroit are other big cities that do not have any Walmart locations.

How many Walmarts are in New York City?

There are zero Walmarts in New York City.

Is there a Walmart in Manhattan?

No, there is not a Walmart in Manhattan. The nearest location is in Secaucus, NJ.

Is there a Walmart in Brooklyn?

No, there is not a Walmart in Brooklyn. The nearest location is in Bayonne, NJ or Valley Stream, NY.

Is there a Walmart in Queens?

No, there is not a Walmart in Queens. The nearest location is in Valley Stream, NY.

Is there a Walmart in The Bronx?

No, there is not a Walmart in The Bronx. The nearest location is in North Bergen, NJ.

Is there a Walmart on Staten Island?

No, there is not a Walmart on Staten Island. The nearest location is in Bayonne, NJ.

Walmart is not formally banned in New York City, but it has faced heavy opposition from political leaders and the community, who have blocked many attempts to open a Walmart in NYC.

A 2015 poll revealed that 55% of New York City residents want Walmart as a shopping option in New York. So a little more than half of New Yorkers feel favorably towards Walmart, while the remaining 45% presumably view Walmart negatively and do not want a location in their neighborhood.

There are no Walmart stores in NYC’s five boroughs. Photo via Marques Brown/Unsplash.

Final Thoughts On Walmart In NYC

There are currently no Walmart stores in New York City.

Despite Walmart being one of the largest retailers in the world with a presence all across the U.S., they have not managed to open a store in NYC. Walmart claims that 90% of Americans live within 10 miles of a Walmart, but that does not extend to much of NYC’s population of more than eight million.

Although there’s no Walmart in New York City, there are several locations nearby in New Jersey and Long Island, and Instacart offers delivery on Walmart orders to Brooklyn, Queens, and The Bronx.

How would you respond to the question “Is there a Walmart in NYC?”

Be the first to know the latest updates